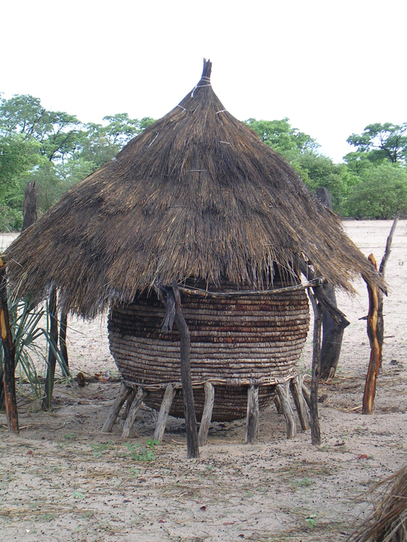 It was a great visit with my daughter Dani, a Peace Corps volunteer in Namibia. Formerly known as Southwest Africa, Namibia became an independent nation in 1990. It is twice the size of California, with less than 2 million people. Namibia is home to both the Namib and Kalahari Deserts, Etosha National Park, an innumerable number of animals and birds, and several seaside towns.

We saw many, many, animals, and it never ceased to be exciting. We spent 3 days in Etosha, one of the largest nature preserves in the world. We, the people, stayed in our cars. We saw herds of zebras, springboks, wildebeests, and ostrich, hyenas, oryx, giraffes, lions, and thousands of flamingos. Another day, we kayaked with sea lions and porpoises at Walvis Bay. The sea lions delighted in performing for us -- splashing, jumping, and nudging our kayaks. Walvis Bay is also home to numerous flocks of birds and 60,000 greater and lesser (pink) flamingoes. They actually count them annually!!
​To my delight, I discovered that Namibia is a basketmaker's paradise. Thanks to Dani, I got to meet and work with basketmakers from several different ethnic groups. Our first visit was to Emilie Shangavi in central Namibia. Emilie learned to make coiled baskets as a small child, and now sells them to pay the school fees for her grandchildren. She uses traditional split palm leaves, along with plastic "string" from onion and feed bags, and the silver inner lining of wine boxes for sparkling accents. Her stitching needles are recycled from the spokes of broken umbrellas. 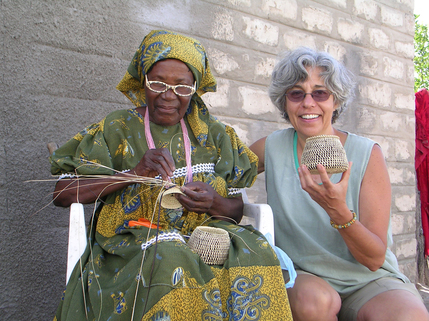 ​We spent a night on an Owambo homestead, an ethnic group in northern Namibia. It was a traditional site, with grass and mud huts, and a chicken killed in our honor for dinner. The grandmother at this homestead, Frieda Nakanyala, works on her baskets every day, until it is dark. As a child, she made them to sell so that she could buy clothing. At age 75, she makes baskets for gifts, trade, and for use in the homestead. (Pictured at the the top of this page is a one of her very large baskets made to store mahangu, the traditional grain.) Frieda was thrilled to receive a pair of magnifying glasses that I had brought along from the Dollar Store. 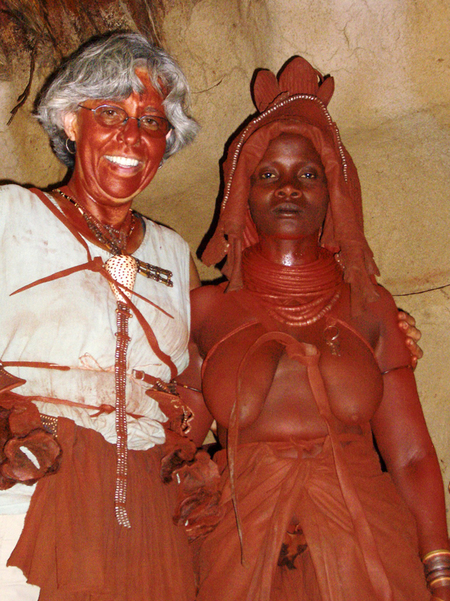 My favorite day of our trip was spent at a Himba village. The Himba are a very traditional group in northwest Namibia. They coat their skin and hair with powdered ochre and rendered beef fat to protect themselves from the sun. The Himba women are bare breasted and wear traditional goat skins and heavy jewelry. Dani and I sat under a tree, on dried goat turds, with several women and children. I learned the Himba way of starting a basket. At the end, I was ceremoniously coated with the ochre. 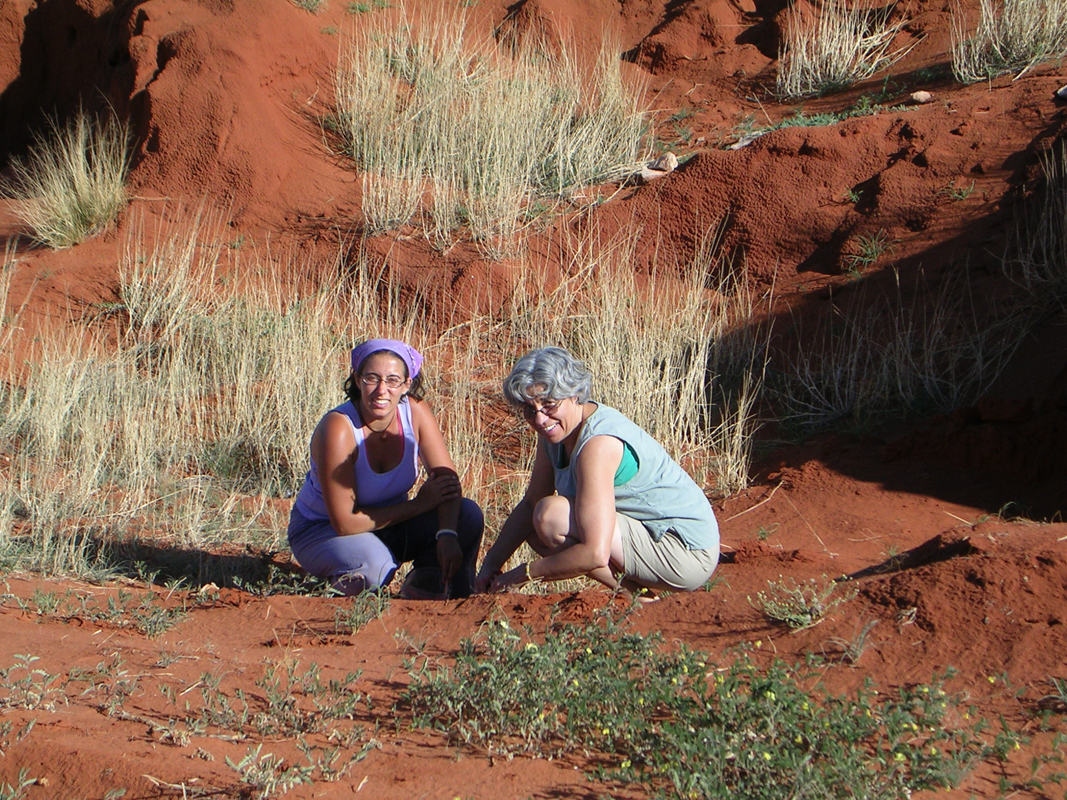 The very best part of the trip was spending time with Dani, to learn about her world, to watch her bargain (she is excellent!!!), to hear her speak greetings in all the local dialects, and to see what kind of young woman she is becoming.